Stainless steel flat ring bulk packing includes QH-1, QH-2 (also known as plum shaped flat ring, namely, inner curved rib flat ring packing) and QH-3. The performance of this kind of packing is obviously better than that of other bulk packing when it is used for liquid-liquid extraction of low interfacial tension system. The flat ring packing is suitable for liquid-liquid extraction process and also for gas-liquid mass transfer process.

The shape of metal rectangular saddle ring bulk packing is a ring saddle structure composed of ring and saddle shape, with tongue shaped reinforcement inside. It is composed of two curves, the upper arc is an elliptic curve, and the lower arc is a semicircular curve. The surface of the finished rectangular saddle ring bulk packing is smooth without rust marks, cracks and burrs. The packing has the advantages of large flux, low pressure, high efficiency, good strength and rigidity, and is a widely used bulk packing.

The shape of metal ball annular bulk packing is a cylinder with the same height and diameter and several windows on the surface. This filler was developed by BASF Company of Germany in the 1940s and punched with metal sheet. The total area of the general opening is about 35% of the entire ring wall area. Compared with Rasi ring packings of the same specification, as Bauer ring packings have many window holes on the ring wall, allowing the gas and liquid in the tower to pass through the window freely, the distribution of gas and liquid in the packing layer has been greatly improved compared with Rasi ring packings, and its separation performance has been significantly improved. Bauer ring packings are still one of the main ring packings currently used.

The packing pressure ring adopts a permeable grid plate structure, which has low space occupation and strong permeability, will not affect the gas-liquid mass transfer of the packing, and can also reduce the end effect of the packing. 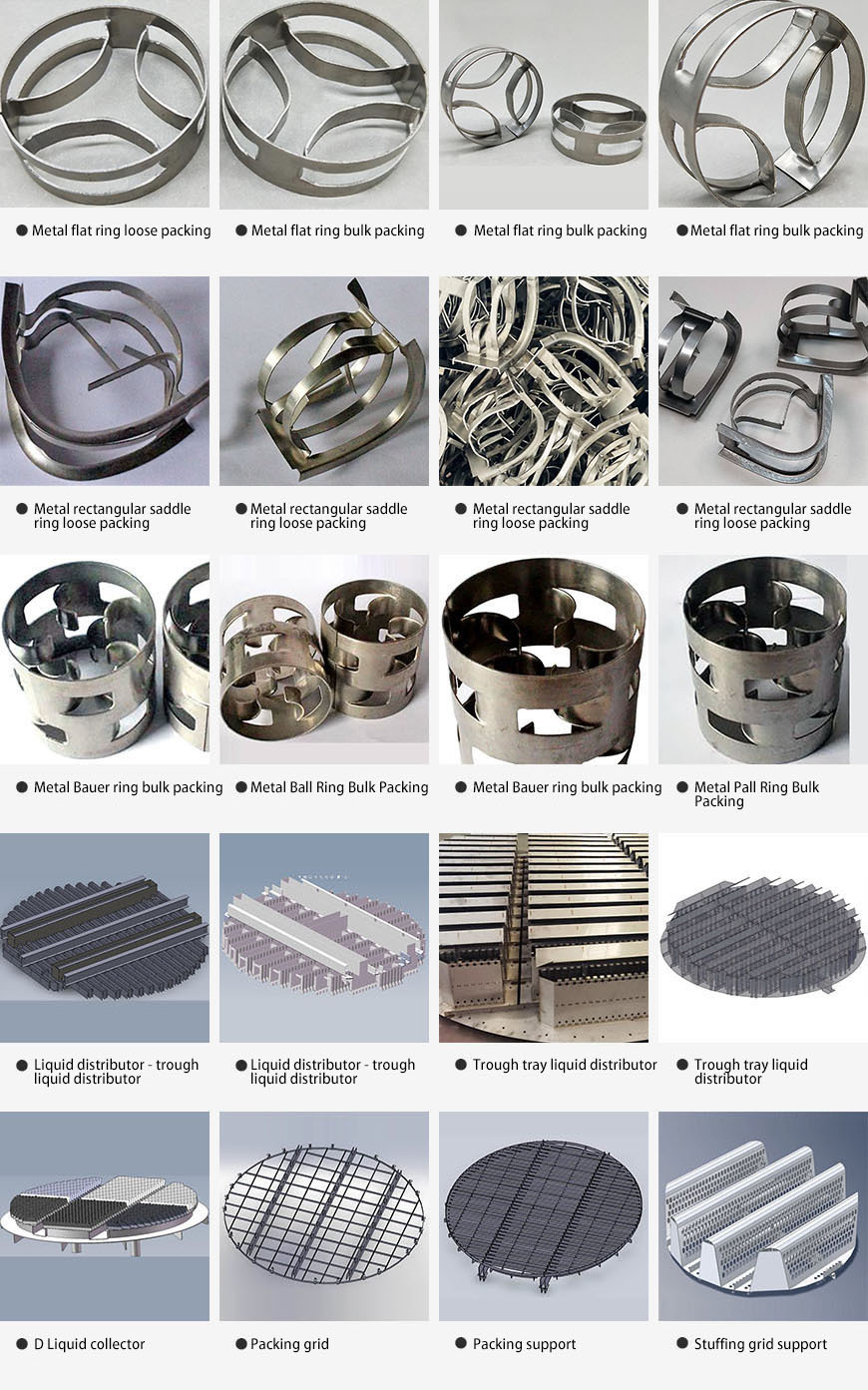